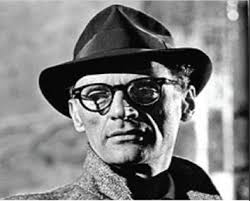 Tragedy and the Common Man by Arthur Miller

In this age few tragedies are written. It has often been held that the lack is due to a paucity of heroes among us, or else that modern man has had the blood drawn out of his organs of belief by the skepticism of science, and the heroic attack on life cannot feed on an attitude of reserve and circumspection. For one reason or another, we are often held to be below tragedy-or tragedy above us. The inevitable conclusion is, of course, that the tragic mode is archaic, fit only for the very highly placed, the kings or the kingly, and where this admission is not made in so many words it is most often implied.

I believe that the common man is as apt a subject for tragedy in its highest sense as kings were. On the face of it this ought to be obvious in the light of modern psychiatry, which bases its analysis upon classic formulations, such as the Oedipus and Orestes complexes, for instance, which were enacted by royal beings, but which apply to everyone in similar emotional situations.

More simply, when the question of tragedy in art in not at issue, we never hesitate to attribute to the well-placed and the exalted the very same mental processes as the lowly. And finally, if the exaltation of tragic action were truly a property of the high-bred character alone, it is inconceivable that the mass Of mankind should cherish tragedy above all other forms, let alone be capable of understanding it.

As a general rule, to which there may be exceptions unknown to me, I think the tragic feeling is evoked in us when we are in the presence of a character who is ready to lay down his life, if need be, to secure one thing–his sense of personal dignity. From Orestes to Hamlet, Medea to Macbeth, the underlying struggles that of the individual attempting to gain his “rightful” position in his society.

Sometimes he is one who has been displaced from it, sometimes one who seeks to attain it for the first time, but the fateful wound from which the inevitable events spiral is the wound of indignity, and its dominant force is indignation. Tragedy, then, is the consequence of a man’s total compulsion to evaluate himself justly.

In the sense of having been initiated by the hero himself, the tale always reveals what has been called his tragic flaw,” a failing that is not peculiar to grand or elevated characters. Nor is it necessarily a weakness. The flaw, or crack in the character, is really nothing–and need be nothing, but his inherent unwillingness to remain passive in the face of what he conceives to be a challenge to his dignity, his image of his rightful status. Only the passive, only those who accept their lot without active retaliation, are “flawless.” Most of us are in that category. But there are among us today, as there always have been, those who act against the scheme of things that degrades them, and in the process of action everything we have accepted out of fear or insensitivity or ignorance is shaken before us and examined, and from this total onslaught by an individual against the seemingly stable cosmos surrounding us–from this total examination of the “unchangeable” environment–comes the terror and the fear that is classically associated with tragedy.

More important, from this total questioning of what has previously been unquestioned, we learn. And such a process is not beyond the common man. In revolutions around the world, these past thirty years, he has demonstrated again and again this inner dynamic of all tragedy.

Insistence upon the rank of the tragic hero, or the so-called nobility of his character, is really but a clinging to the outward forms of tragedy. If rank or nobility of character was indispensable, then it would follow that the problems of those with rank were the particular problems of tragedy. But surely the right of one monarch to capture the domain from another no longer raises our passions, nor are our concepts of justice what they were to the mind of an Elizabethan king.

The quality in such plays that does shake us, however, derives from the underlying fear of being displaced, the disaster inherent in being torn away from our chosen image of what or who we are in this world. Among us today this fear is as strong, and perhaps stronger, than it ever was. In fact, it is the common man who knows this fear best.

Now, if it is true that tragedy is the consequence of a man’s total compulsion to evaluate himself justly, his destruction in the attempt posits a wrong or an evil in his environment. And this is precisely the morality of tragedy and its lesson. The discovery of the moral law, which is what the enlightenment of tragedy consists of, is not the discovery of some abstract or metaphysical quantity.

The tragic night is a condition of life, a condition in which the human personality is able to flower and realize itself. The wrong is the condition which suppresses man, perverts the flowing out of his love and creative instinct. Tragedy enlightens and it must, in that it points the heroic finger at the enemy of man’s freedom. The thrust for freedom is the quality in tragedy which exalts. The revolutionary questioning of the stable environment is what terrifies. In no way is the common man debarred from such thoughts or such actions.

Seen in this light, our lack of tragedy may be partially accounted for by the turn which modern literature has taken toward the purely psychiatric view of life, or the purely sociological. If all our miseries, our indignities, are born and bred within our minds, then all action, let alone the heroic action, is obviously impossible.

And if society alone is responsible for the cramping of our lives, then the protagonist must needs be so pure and faultless as to force us to deny his validity as a character. From neither of these views can tragedy derive, simply because neither represents a balanced concept of life. Above all else, tragedy requires the finest appreciation by the writer of cause and effect.

No tragedy can therefore come about when its author fears to question absolutely everything, when he regards any institution, habit or custom as being either everlasting, immutable or inevitable. In the tragic view the need of man to wholly realize himself is the only fixed star, and whatever it is that hedges his nature and lowers it is ripe for attack and examination. Which is not to say that tragedy must preach revolution.

The Greeks could probe the very heavenly origin of their ways and return to confirm the rightness of laws. And Job could face God in anger, demanding his right and end in submission. But for a moment everything is in suspension, nothing is accepted, and in this stretching and tearing apart of the cosmos, in the very action of so doing, the character gains “size,” the tragic stature which is spuriously attached to the royal or the high born in our minds. The commonest of men may take on that stature to the extent of his willingness to throw all he has into the contest, the battle to secure his rightful place in his world.

There is a misconception of tragedy with which I have been struck in review after review, and in many conversations with writers and readers alike. It is the idea that tragedy is of necessity allied to pessimism. Even the dictionary says nothing more about the word than that it means a story with a sad or unhappy ending. This impression is so firmly fixed that I almost hesitate to claim that in truth tragedy implies more optimism in its author than does comedy, and that its final result ought to be the reinforcement of the onlooker’s brightest opinions of the human animal.

For, if it is true to say that in essence the tragic hero is intent upon claiming his whole due as a personality, and if this struggle must be total and without reservation, then it automatically demonstrates the indestructible will of man to achieve his humanity. The possibility of victory must be there in tragedy. Where pathos rules, where pathos is finally derived, a character has fought a battle he could not possibly have won. The pathetic is achieved when the protagonist is, by virtue of his witlessness, his insensitivity or the very air he gives off, incapable of grappling with a much superior force. Pathos truly is the mode for the pessimist. But tragedy requires a nicer balance between what is possible and what is impossible. And it is curious, although edifying, that the plays we revere, century after century, are the tragedies. In them, and in them alone, lies the belief–optimistic, if you will, in the perfectibility of man. It is time, I think, that we who are without kings, took up this bright thread of our history and followed it to the only place it can possible lead in our time–the heart and spirit of the average man.